Steven and Will talk about being fearless, going after it, and also looking at things in a different way than most people do. To approach Sten to be a guest on his show, Will “Lightly” invited Steven on Instagram.

What does “Lightly” mean?

Will explains that, more in the interview, but what hea means is without being pushy, not constantly sending direct messages to him and also not pushing himself forward constantly.

Will tells actors and entertainment industry people all the time that if they don’t do social media and do it well, they are doing themselves a disservice. To do social media right, that means engaging in a proper way on the social media of your choice. Do not be the type of person that just waits for opportunities to fall in their lap, because they rarely do. Will advises running after opportunities, because life does not run after you.

So go HERE to listen to Will’s interview with Steven Bernstein, get Will’s social media tips and learn from two professionals. 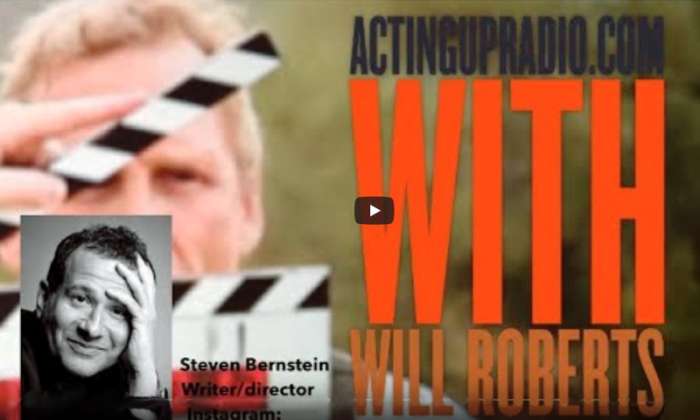 Steven Bernstein interviewed by Will Roberts.

Here is the upcoming film DOMINION trailer. It is one of the best films of the year, and Rio film festival critics said it is Oscar worthy. Hollywood Reporter said “Dominion’s daring never becomes pretentiousness… is as rewarding as it is uncomfortable…. plenty of wit and perception.”  #DOMINION. #RhysIfans, #JohnMalkovich, #TonyHale, #RodrigoSantoro, #RomolaGarai, #ZosiaMamet the brilliant cast.#Dylanthomas, #stevenbernstein, #poetryfilm

Alan brings new and interesting news for readers. He is a news writer and editor for a number of news websites.